Judge Merrick B. Garland arrived for a meeting with Senator Charles E. Grassley, Republican of Iowa, in Washington on Tuesday.

WASHINGTON — Republican senators meeting with Judge Merrick B. Garland seem to take quite a long time to simply say “no.”

As Judge Garland, President Obama’s nominee to the Supreme Court, wraps up his fourth week of introductions on Capitol Hill, most of his courtesy calls with Senate Republicans have been anything but brief, even though almost all of them have said they will not vote to confirm him.

His meeting Thursday morning with Senator Rob Portman, Republican of Ohio, was one of several that have lasted at least 45 minutes, with some stretching on for an hour — a considerable time given the preordained futility of the sessions.

While the senators have resolutely declined to elaborate on what they discussed with Judge Garland behind closed doors, most said they had spent the time explaining why they opposed him, offering the now familiar Republican refrain about letting voters have a say in who replaces Justice Antonin Scalia in this contentious election year. 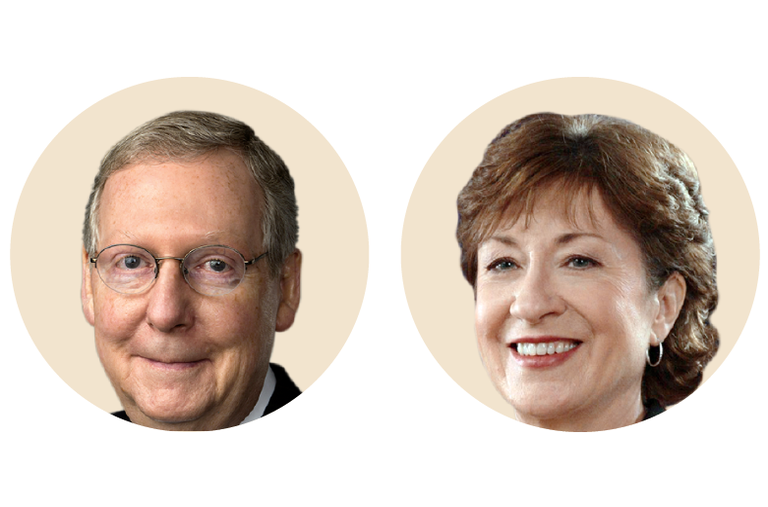 Where Republican Senators Stand on the Supreme Court Nomination

Fourteen Republicans and all Democrats are needed to break a filibuster and confirm the nominee.

“This is not about him to me,” he added.

It is unclear which side is proving chattier during the private meetings. The duration of the sessions could point to an effort by White House officials to create an impression that Republicans are warming to Judge Garland as Democrats search for cracks in the opposition to his nomination.

But Republicans dismiss the notion that any of their meetings signal weakness in their resolve, be it Senator John Boozman of Arkansas’ 20-minute chat in his office last week or Senator Charles E. Grassley of Iowa’s hourlong breakfast in the Senate dining room Tuesday. They just have a lot to discuss, they say.

“I would say it was a very pleasant meeting, but it has changed nothing,” Mr. Grassley, chairman of the Senate Judiciary Committee, said Tuesday.

Some Republican senators have taken the meetings as an opportunity to speak with a man who is currently — and, if they have their way, will continue to be — chief judge of the United States Court of Appeals for the District of Columbia Circuit, a post in which he reviews challenges to the actions of many federal agencies, among other things.

“I thought we were going to have a 30-minute conversation,” Senator Patrick J. Toomey, Republican of Pennsylvania, who is facing a difficult re-election campaign, told reporters after his meeting Tuesday night. “I think we went over an hour because we were discussing at some length issues that I know are important to a lot of Pennsylvanians, and therefore, they’re important to me.”

Senator Lisa Murkowski, Republican of Alaska, had a 30-minute meeting on Tuesday with Judge Garland, with whom she talked about state issues like access to public lands and gun rights. She found his knowledge of Alaska wanting, she said. 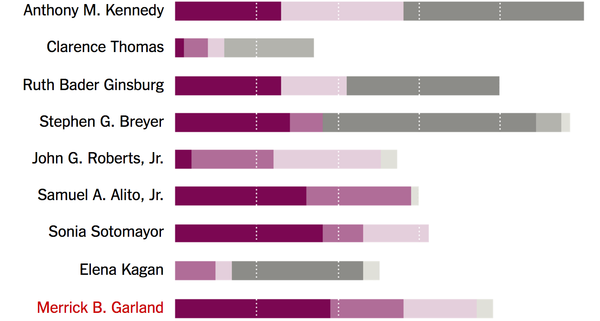 Why Obama Nominated Merrick Garland for the Supreme Court

Merrick B. Garland is a candidate who had support from Republicans in the past but would still move the court in a progressive direction.

“I educated him, I think,” Ms. Murkowski said Tuesday.

So far, Judge Garland has met with nine of the 19 Republican senators who have said they are open to sitting down with him. Nearly all of them are standing with Senator Mitch McConnell of Kentucky, the majority leader, in his opposition to considering Judge Garland’s nomination.

He has also met with 26 Democrats, including Senators Tammy Baldwin of Wisconsin and Elizabeth Warren of Massachusetts on Thursday, in meetings that have tended to last 30 to 45 minutes.

Senate Democrats have seized on Judge Garland’s meetings with Republicans to argue that Americans should receive the same opportunity to get to know him — through confirmation hearings. Democratic leaders urged their colleagues on Thursday to sign a letter pressing Mr. McConnell and Mr. Grassley to hold hearings.

“The meetings are an important part of this process, but they’re only the first step,” said Senator Chuck Schumer, Democrat of New York. “It’s every senator’s right to meet with the judge, but it’s also the American people’s right to have him explain his legal views in an open and public hearing.”

And while the purpose of their meetings has been primarily to deliver the news face-to-face that they have no plans to consider Judge Garland’s high court aspirations, some Republican senators have added a caveat to their statements: Though they may not want him on the Supreme Court, they admire the man.

“I enjoyed the meeting with Judge Garland,” Senator Jeff Flake of Arizona, a member of the Judiciary Committee, said in a statement after meeting with him for 30 minutes on Thursday. “He is obviously a man of accomplishment and keen intellect. He is also kind and engaging.”